I have another Kunimitsu Nail Potions swatch to show you today! 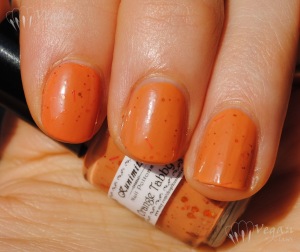 This is Orange Tabby, a light orange creme with small orange bar glitter and several sizes of orange hex glitter. 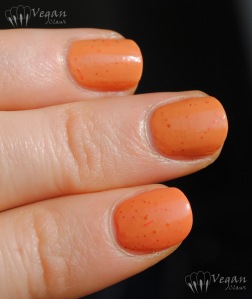 On my index finger, I layered it in two coats over Pretty and Polished Crush, because I thought it was going to be sheer, but I was wrong! The other nails show three coats of Orange Tabby by itself.

I did have to do some shaking between coats and searching with the brush to get the amount of glitter I wanted out of the bottle. Not a high price to pay for an adorable orange polish!

I didn’t include my pinkie in the first few photos because I had done a layering experiment there too, and wasn’t really thrilled with how it turned out. I did two coats of Orange Tabby over Pretty Serious Seasonal Sunset, and while the combo isn’t bad, I don’t really like it next to the other nails! But anyway here it is in the last few photos. 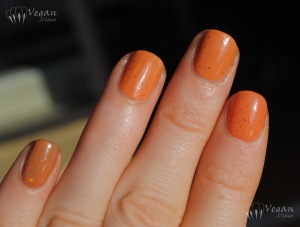 This is Wu. He was just little in this photo from right after we adopted him. He has three legs (and gets around just fine). 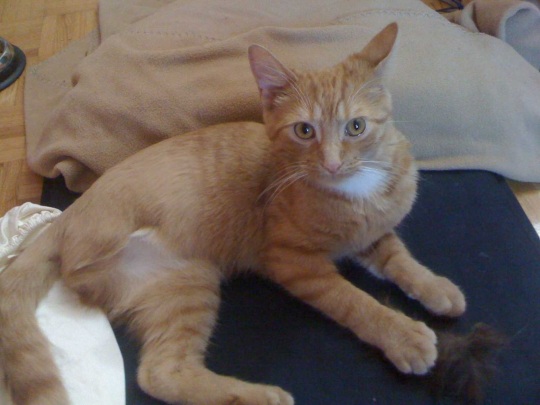 And this big ball of orange fur is Possum! I took her in off the streets of Montreal where she’d been living for a month after being abandoned. 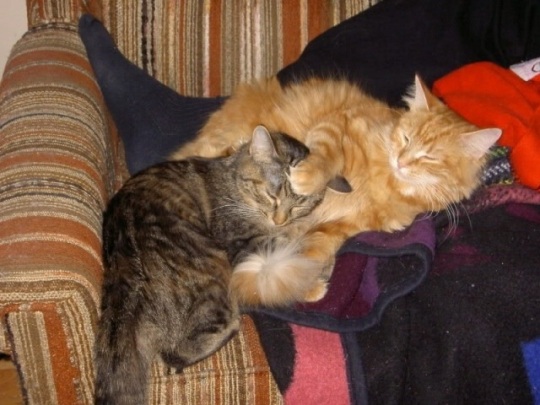 Little Wu loves to cuddle and nap with Wade: 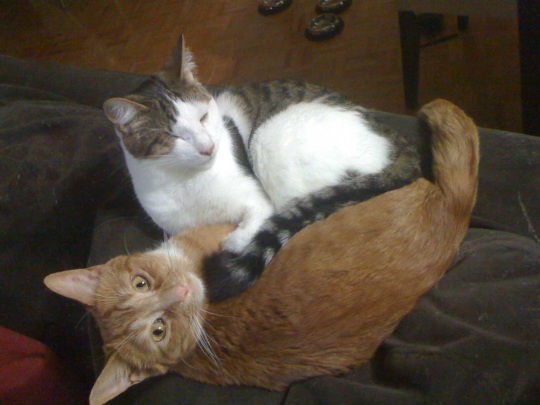 Comments Off on Kunimitsu Orange Tabby