Zoya Natalie, SpaRitual Savoir Faire, & what not to do with drying drops…

Today I’ve got a couple of polishes I’d like to share, and a nail art combo using both that got ruined because I was forgetful! More on that later!

First is Zoya Natalie, an orangey brown shade with a bit of a dusty mauve undertone. I really like this! Two coats, great formula. 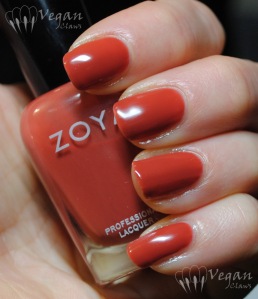 Next up, SpaRitual Savoir Faire – an old-fashioned looking dusty pink-mauve that I wouldn’t have given a second look not long ago! As it is, I only got it because it was part of a good deal on a set of five SpaRituals, but now that I’ve tried it I kind of like it. I guess I’m branching out into shades I didn’t like before! I like that it’s a relatively light, conservative pink that I actually don’t hate on my skin tone! This is two coats; formula was also great. 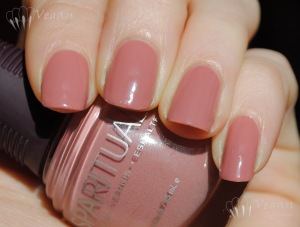 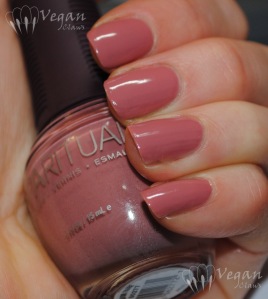 Now here is the mani I did using both of those polishes plus Zoya Flowie, which is similar to Natalie but much lighter and less orange. I had on Savoir Faire, and then used French tip guide stickers midway up each nail and painted Natalie above the stickers, Flowie below on the tips. I like the combination of all these dusty rosy-undertoned shades.

The unfortunate part happened after I used Zoya’s drying drops to dry the polish before peeling off the stickers. I waited a few minutes, intending to wash off the residue from the drying drops before applying top coat, but I got distracted by something else and by the time I finished waiting I had forgotten all about rinsing first! So I put on the top coat which turned all cloudy around the edges because it was being applied overtop of drying drops! Oooops, haha! Hence the “what not to do” part of the post title. It’s more visible on the large version of the photos so you may want to click on them if you want to see the icky cloudy ring-around-the-polish. So there is my manicure advice for today; don’t do what I did! 😀 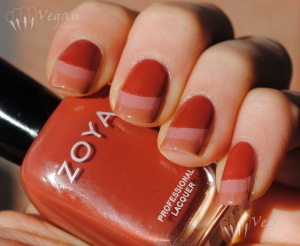 Comments Off on Zoya Natalie, SpaRitual Savoir Faire, & what not to do with drying drops…