Soulstice Kyoto is a shade that looks pretty unassuming in the bottle, but really impressed me on the nail! It’s a pastel peachy pink creme, so I expected it would be nice but boring. Not boring though, in my opinion! 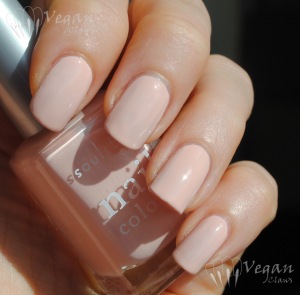 It had a good formula for a pastel; I applied generous coats with a light touch and there were only minimal streaks during the process. Two coats were enough, although I used three on my ring finger because of its ridges (I didn’t use base coat before swatching this). 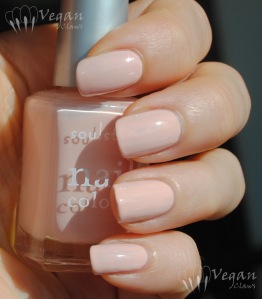 Rather than being a nude sort of pastel peach/pink, this one is pretty bright and stark (at least on my skin tone!) which makes it really interesting to me! 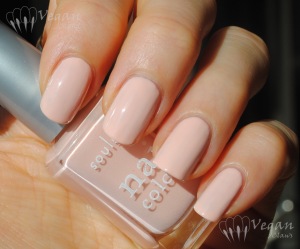 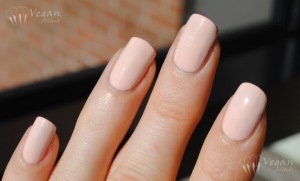 And now, as an added bonus, prepare yourselves for the cutest fluffy cat belly you’ve ever seen…

Nicole by OPI If the Blue Fits